1-855-712-6692
Home»Service Area»Services in Charlottetown, PE
Contact Us For
A Free Estimate!
Products & Services

Click the icons to see what our customers had to say.

At Ridgeback Basement Systems we put customer service first and are proud to serve our area. Our team of trained technicians use only high quality materials from the best manufacturers in the business to ensure that you get only the best results. 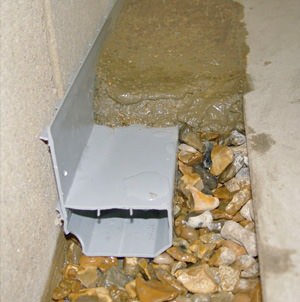 If you're having problems with your basement flooding or developing mold, then you probably have a waterproofing problem. Ridgeback Basement Systems's technicians are specialists in their field, so when they come out to inspect your home, you know that you have the best people for the job. We install patented products like EverLast wall panels to keep your basement looking beautiful while staying clean and dry.

We also offer the uniquely designed TripleSafe sump pump. The TripleSafe sump pump has a primary pump, a secondary pump, and a third battery operated backup pump. When combined with our excellent drainage systems, any water in your basement can be drained and deposited a safe distance away from your house. Give yourself the peace of mind you deserve by installing a sump pump that will work extra hard to keep your basement dry and healthy.

Does your crawl space have a musty smell, wood rot, or animal infestations? For crawl space problems, you need the crawl space encapsulation system from Ridgeback Basement Systems. We install vapor barriers, thermal insulation, dehumidifiers, and more to turn your dirty, unsafe crawl space into a clean, healthy space. Trust our expert technicians to get the job done right with time-test, patented products.

Don't wait until a small repair turns into a huge project. Call the specialists at Ridgeback Basement Systems today to get your home looked at! 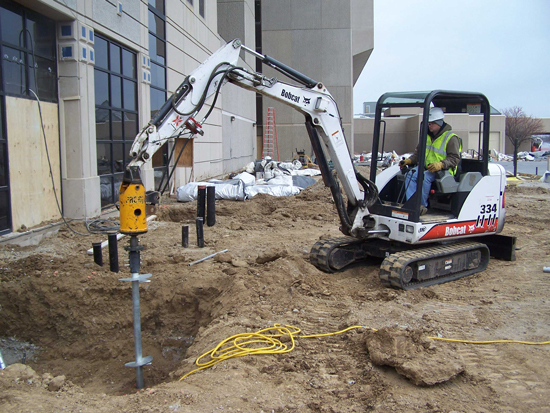 As a proud member of the Foundation Supportworks, Inc. (FSI), we offer exceptional products to repair existing structures, as well as lay foundations for new ones. Our team of specialists are experts in their field, so you know that when we come to inspect your home, you are getting the best quality products as well as the highest quality of service and expertise.

For commercial foundation repairs, we offer products that can keep up with your business and have stood the test of time. We are your one-stop-shop for all your foundation stabilization and repair needs for both your home and business! Some of the products we offer are:

Ridgeback Basement Systems has the tools and the years of expertise to get your job done right the first time. Our friendly staff and trusted, trained technicians can find a solution that will best fit your home for all your basement waterproofing, crawl space encapsulation, and foundation repair needs. Call us today for a free estimate!

Get a Free Estimate!

I have a storey and a half duplex about 1000 square ft on ground floor built over a crawl space. The building has a 3 inch sag down the middle. This has been supported by jack posts. I think the jackposts have subsided into the clay floor since they were installed 4 yrs ago. I would like to regain the sag if possible without damaging the walls etc on the main and second floors. At minimum I would like ti prevent any further subsidence and sagging,
Vicinity of Bolgder in Charlottetown

Crack in the foundation
Vicinity of Walthen Drive in Charlottetown

I need an interior drain tile system installed at the perimeter of my unfinished basement and replace the aging sump pump.
Vicinity of Valley St in Charlottetown

Hi, We live in the downtown area. The foundation is cinderblock with a cement floor in the basement with a trench that encircles the entire space and leads to the sump pump. The sump pump manages any heavy rains but we always seem to have some water coming in. Are there any solutions you could recommend? Ideally we'd like to be able to use the space for more storage but it is always wet in spots. Thanks, K
Vicinity of Passmore in Charlottetown

I have an older house in downtown Charlottetown that has water leaks on the basement floor. It is 5' crawl space with only the oil tanks and the furnace there. Im looking for some waterproof solution. Thanks
Vicinity of North River Rd. in Charlottetown

There is water coming through the basement floor. It's right in the Center of the basement
Vicinity of Westridge Crescent in Charlottetown

I got some water coming up the lower floor, removed the laminate floor and can't figure out if water is coming up through the concrete floor or if it's coming through the wood foundation somehow. I'd like to get an estimate on fixing this.
Vicinity of Hawthorne Ave in Charlottetown

Need some work done on my basement floor
Vicinity of Douglas St. in Charlottetown

I have a leaning house and need a foundation replacement. The foundation is 14' x 30'. I'd like to get a quote for a new 4' and 8' foundation.
Vicinity of Herbert Street in Charlottetown

A crack on the wall in our basement.
Vicinity of Darte Drive in Charlottetown

We have a leaking walk in our basement with a horizontal crack. It looks like a cold joint as it spans the entire wall. It is an icf foundation.
Vicinity of Queen Elizabeth in Charlottetown

Currently purchasing a home without a sump pump. There is no know history of water in the basement, however the basement is currently unfinished. Prior to finishing it, we would like to know how much it would cost to have a sump pump installed. The total square footage of the basement is approx 1400 sq feet. We would be finishing 1100 sq feet. It is a hunter style bungalow house built in 1971. Thanks.
Vicinity of St. Peters Rd in Charlottetown

6-9 Helical Screws for solar racking installation. Thanks!
Vicinity of Shell Court in Charlottetown