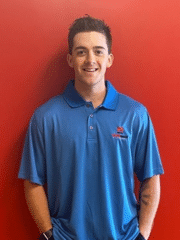 Dylan Riley has joined the Ridgeback team as our System Design Specialist.

Dylan has been involved with the Ridgeback team for the last seven years where he started working at the ground level as an installer.  Dylan’s detailed knowledge on all of the Ridgeback products and services makes him a valued team member who is ready to provide our customers with a quality product and a customer service focus.

Dylan is currently finishing a business degree at York University where he also participates as a varsity athlete with the York Lions Mens Hockey Club prior to spending time playing in the Southern Professional League in Huntsville, Alabama.

Back to Previous Page Back to Meet The Team